Welcome to the wonderful world of Haflingers!

The Haflinger continues to capture hearts and enrich lives as it has for over two centuries. Horse lovers desiring an equine companion that is safe, versatile, dependable, and beautiful have discovered the Haflinger. Intelligence, character, willingness, grace, stamina, athleticism, and long life make the Haflinger a wise choice for everyone. Meet a Haflinger today and see that their trainability, heart, and desire to please are not just ideal for any purpose, but are sure to capture your heart as well. Beware, however, for it is often said that Haflingers are like potato chips: you can’t have just one! 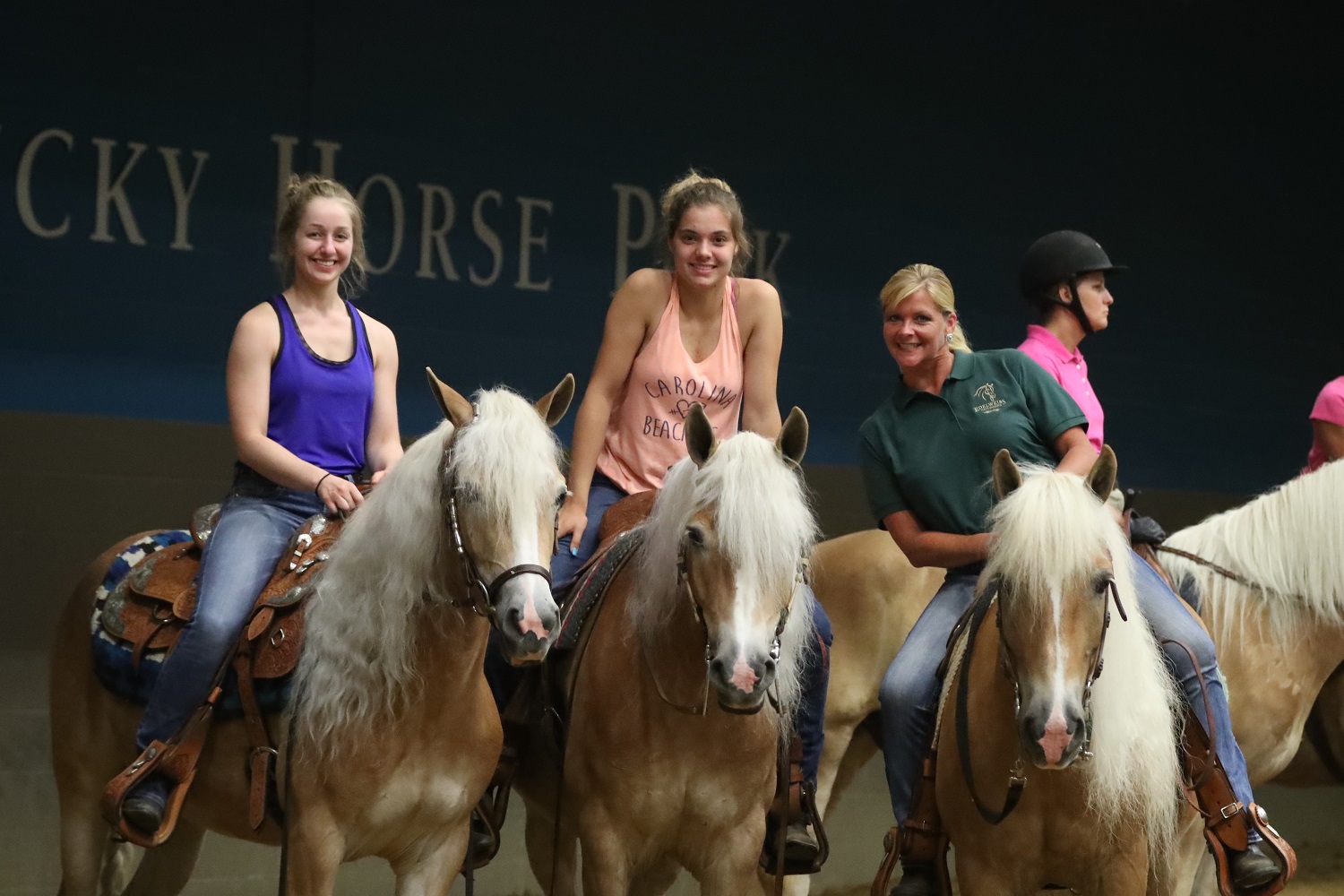 The breed origin can be traced to medieval times when writings told of an Oriental breed of horse found in the Southern Tyrolean Mountains of present day Austria and northern Italy. Many of the villages and farms in the Tyrol were accessible only by narrow paths requiring agile and surefooted horses for transportation and packing. Artwork from the region in the early 1800s depicts a noble chestnut horse with riders and packs traversing steep mountain trails.

The first official documentation of the present day Haflinger (named for the Tyrolean village of Hafling) was in 1874 when the foundation stallion 249 Folie was born of the half-Arabian stallion 133 El’ Bedavi XXII crossed with a refined native Tyrolean mare. All modern purebred Haflingers must trace their ancestry directly to Folie through seven different stallion lines: A, B, M, N, S, ST, and W.

During the years of World War II, there was a significant shift in breeding practices because the military needed a packhorse that was shorter and stockier. Since the war, the height and refinement of the breed have returned, with an emphasis on developing a small horse that is versatile for both riding and driving. Characteristics observed are a strong constitution, a solid conformation with substantial bone, and an uncomplicated personality.

The specialty of the Haflinger lies, of course, in its unique golden chestnut coloring with a long, flowing white mane and tail. But more unique is the people-loving, willing and forgiving temperament that was established over centuries of living alongside and working with the mountain peasants, serving all purposes for all family members. Haflingers very simply became part of the family.

The modern Haflinger is now found all over the world, active in such varied disciplines as dressage, jumping, vaulting, packing, pleasure driving, CDE, western, trail riding, CTE, endurance riding, hitch work and therapeutic riding programs. Haflingers hold their own in competition with other breeds, often showing surprising athleticism and strength for their size.

The Haflinger continues to capture hearts and enrich lives as it has for over two centuries. Horse lovers desiring an equine companion that is safe, versatile, dependable, and beautiful have discovered the Haflinger. Intelligence, character, willingness, grace, stamina, athleticism, and long life make the Haflinger a wise choice for everyone.